Hello all and this BLOG is gonna talk about my experiences using the new AI based Bird AF tracking for the EM1X as released in firmware upgrade v 2.0 . I was given the firmware a month ago to get some content for the launch and I have been using it on all of my work since then. Just a caveat as usual, I have a lot of experience with AF Tracking with previous camera systems and I will say what I have found not what I am expected to say!

So what's the basic idea? Simply that it detects the eye of a bird and sticks with it, removing the need for you to constantly move the AF points with a joystick.  This tech is already in Olympus cameras for trains / planes / automobiles options and I know that many Olympus photographers already use the "planes" setting for tracking birds in flight, it works sometimes but it's not designed for the job. This firmware is!

So how does it work? Well the intelligent AI detects the shape of the bird first, then works out where the head is and then the eye. Now it detects the eye in two stages. Before you press the shutter button it has already detected the bird in the frame and will place a white square around it. Then when you press the shutter button the system detects the eye, places a much smaller green square around it and keeps it if you change the composition because the bird looks the other way.

The easiest way is to show you, so here are a couple of iphone grab videos of it in action, you will see the white square first then it turns to green when I press the shutter button down and it detects the eye. In the final few seconds it shows the green square holding the eye when the composition changes slightly, so watch and come back after...

So you can clearly see how it works, it's easy. Clever stuff certainly and the good news is that it works... as long as you understand it's not the holy grail and will not correct all of your AF mistakes. It does a great job in most situations but there are some where you have to switch back to "normal" C-AF i.e. no tracking so I would use the FN dial on the back of the EM1X to set this up (as recommended to me by Clare Harvey May at Olympus UK). Hopefully this Blog will show you what it does and doesn't do. So I will go through different scenarios where I have used it and give my findings, that should help you get the idea of how it can help your photography.

Ok it's generally brilliant at single birds that are just hanging around as you can see here:

Now I think I need to put this in perspective...

👍It's accurate I would say more than 95% of the time, the only times it struggles are in confusing backgrounds or with multiple birds (see later).

So for simple stuff like this, which we all do, it works well and I have it switched on all the time. Yeah there are times when it doesn't get it perfectly or it is slow to react, but in my experience this is standard for any tracking of this sort. There is no guarantee I would have been able to do that anyway without it. At least with it enabled I can see where the focus is very clearly and in stressful situations where I just have to get the shot, it has not let me down. 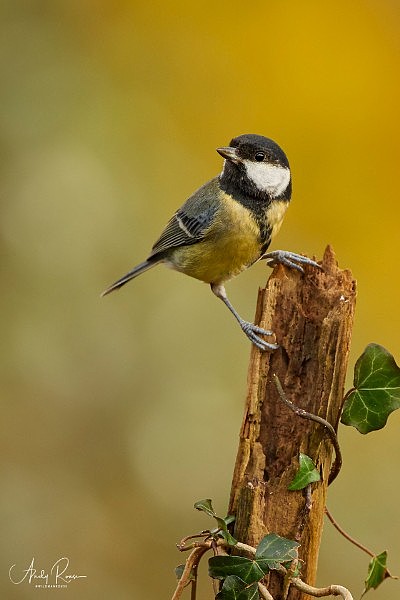 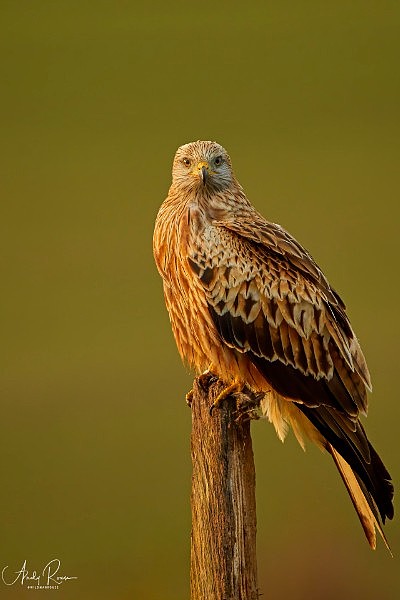 I know for a fact that some tracking systems have a lot of issues when the subject has a black face, which we have a lot in nature like these: 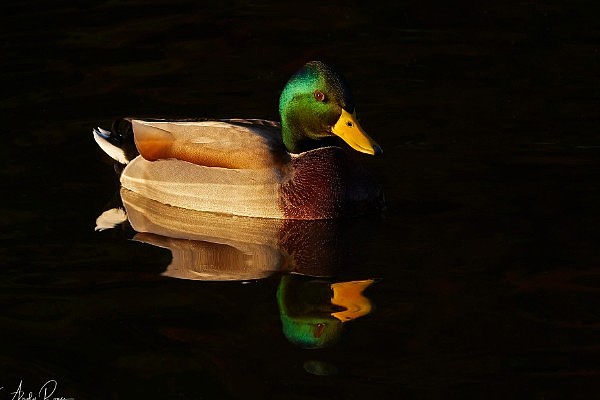 Well to remove any doubt there is no difference, it works the same and it works well. That's a big plus! And isn't that Raven so beautiful and full of character?

Yeah I know this is a biggie and it's perhaps the area where you need to decide if you use the Bird Tracking AF or just the normal super sticky CAF. You have to be a realist about what it can do and what it cannot. Small very fast moving subjects it might struggle with, particularly against a tough distracting background. But then any AF system might struggle with these. For "normal" bird in flight shots, against the sky or a simple background, I used the Bird Tracking AF and was pleased with the results... 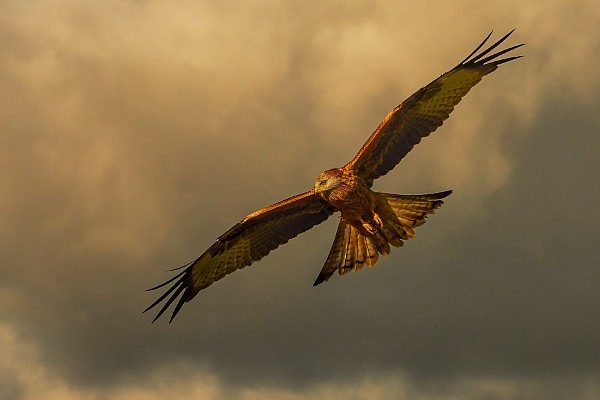 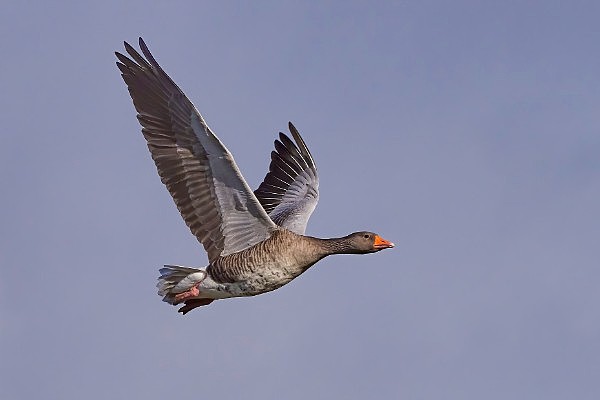 Now once again a caveat, it didn't get every single image sharp in a 20 fps sequence but enough in the sequence were sharp to convince me that it's hit rate was better than just using normal AF and when they sharp they boomed from the page with a very sharp eye. Now I know what you are gonna say, the normal sticky C-AF would get these too right? Yeah probably it would and I have enjoyed nailing some spectacular flight images with it, but this is different as it's focussing on the eye and so you know that it's focussing on the right place.

So whether you use Bird Tracking AF for flight pics will be a personal choice of yours depending on how you like to shoot, which is good reason to use the FN button as I mentioned at the start. If you find that it's not getting the subject enough for your liking then you can simply flick the switch and turn it off, but I would say having the eye detect is a major bonus as you do get the eyes very sharp with no effort on your part. This is also something that needs saying, removing the need to move the joystick to keep focus and composition allows you to free up your photography and shoot much more from the hip. Grabshots become a lot more likely to be sharp.

So it's personal choice, for me when it's a bird against the sky or water I will always use the Bird Tracking AF. In other action situations I will assess them as I shoot and decide if I need it or not. That's the beauty, it's free and there if you need it.

Pro Capture L allows the AF of a moving subject to be adjusted whilst the sequence is being shot. Now I don't generally use this as I don't need it, but after seeing the AF detect square fly off across the screen after a moving bird (sometimes it's very annoying when it does that) I decide to try it here: 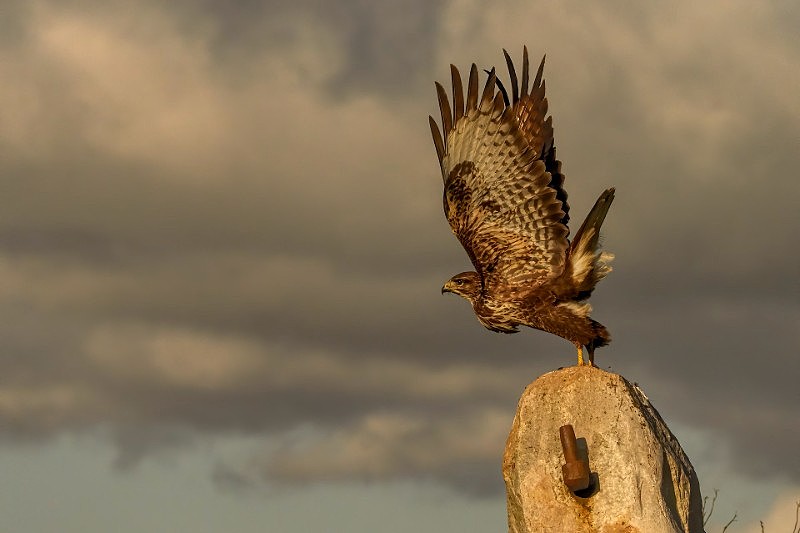 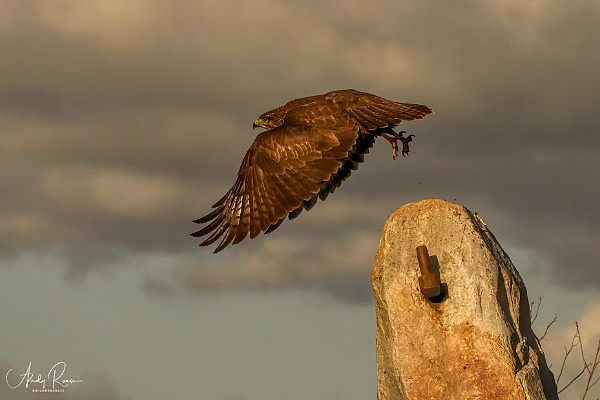 Yeah it worked and tracked the Buzzard across the frame, I just picked 5 of them as it banked away after. I only tried this a couple of times and so I would need to try it more to definitively say it works 100% but when I asked questions of it then it delivered.

No issues here, works just the same as without, the following image I shot at 1/80th second in appalling light with the 150-400mm and it was razor sharp. The AF went straight to the eye, through the rain, and locked on immediately... 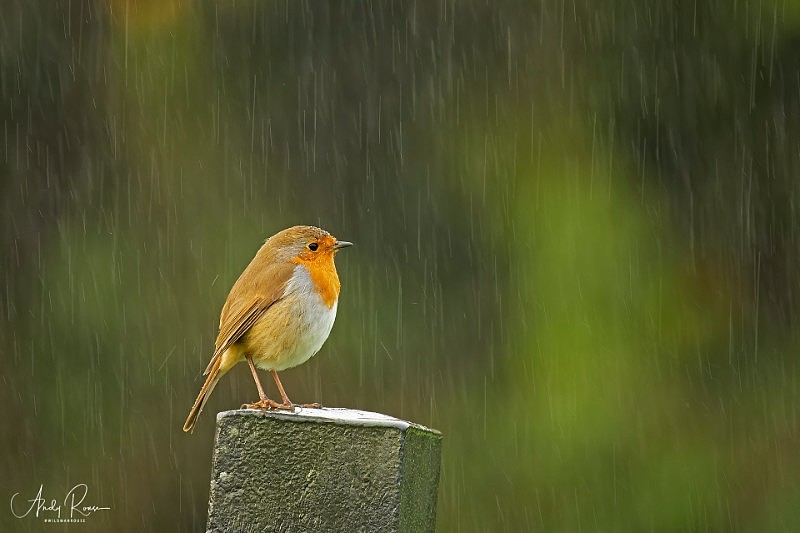 Times when it has issues

During my testing there were a few occasions when it was obviously struggling and these were consistent, hence I want to put them in for completeness:

Detecting Multiple Birds - It can detect upto 8 birds in the frame at once and places squares around them. Sounds great but I could not find anyway to select the one I wanted directly so I resorted to moving the AF points with my joystick close to the one I wanted and then it snapped right in. I tested at the Red Kite centre at Gigrin with tens of birds wheeling in close proximity and decided that this was NOT the right environment for it as there were too many subjects to choose from and it was forever swopping the actively focussed one. So with flocks I would stick to normal C-AF.

A sudden foreground distraction - known locally as that annoying bird that walks in front of the one you are locked onto, I had this a lot. Well the AF snaps right to the new subject if it detects an eye, which was constantly annoying I have to admit. Again moving the joystick helped it sort itself out. As i said above, sometimes a bird flying in front of the one you are focussed on will take the AF square away. Nothing you can do about it just accept it and move on!

Backlit Subjects - I included this because others will, obviously it cannot work correctly if it cannot see the eye so when you are shooting backlit just use normal C-AF.

False expectations - again I put this in for completeness. Using the phrase AI means the expectation is that it can get impossible AF situations. It can't and that's fine by me, as I am a realist but there will be some that will expect it to do miracles! It does a great job yes but miracles no.

My most recent test yesterday hence it's here at the end! I've been using the new 150-400mm and decided to try a 2x converter with the internal one engaged as well. This gives a max of 2000mm @ f11 which is amazing. Anyway the good news is that the Bird Tracking AF worked superbly on this setup, in fact it made pictures that would have been so tough on the usual C-AF very easy. When you are shooting so tight head movement is extreme and it takes a lot of patience to keep moving the points around the frame with the joystick. Well with Bird Tracking AF I didn't need to and it was so great. The following images were taken with this combo at 1800mm or more... 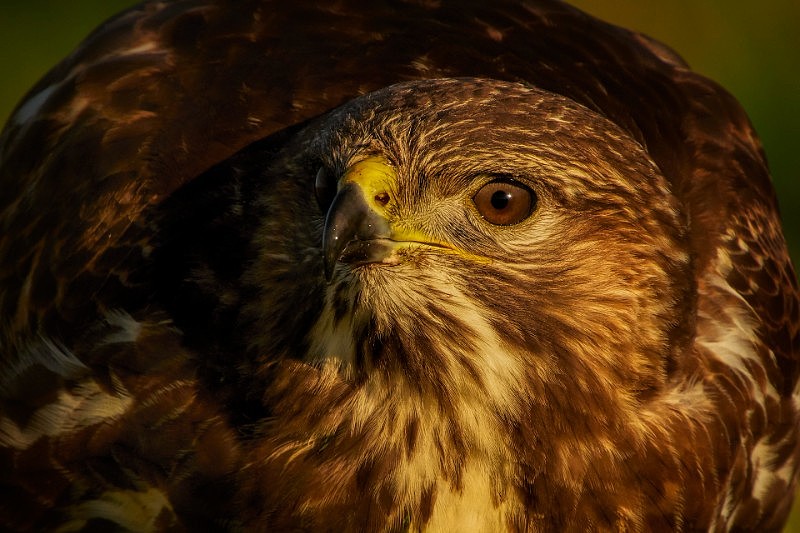 Astounding performance by the lens and the Bird AF Tracking to nail these awesome shots.

Alright I will keep it short. The Bird Tracking AF works great provided you know when to use it and when not to, hopefully that is obvious from above.

Of course there will be a lot of expectation because of the AI tag and you know what, it does really really well. It's not for everyone of course and you have to work with it and get used to it, but there is no doubt that it got me images that otherwise would have caused me far more stress. I can say that of all the tracking systems I have used that this is the best and most reliable but that's my personal view and I will continue using it for all my shoots when it is appropriate.

Look it's free so why not just download and install it, test it for yourself and make your own decisions?

On a wider level this again shows that Olympus is alive and well and shows the commitment to giving great tech to it's users.

Enjoy your photography and please continue to be safe. 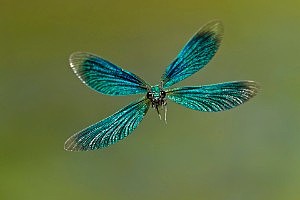 Wanna see more of my pics and get some inspirational words too? Then follow me on my business facebook page @wildmanrouse

Our modern forward thinking online camera club, videos, monthly webinars from me and a great atmosphere.

Check out our website for One2One  Zoom sessions, signed books and prints plus links to our YouTube channel.